Our children are now in college or in the workforce, but they spent their early years learning at home. We homeschooled forever, except from 1997 to 2000, so we did not choose homeschooling after moving to the country. I mention this because I have heard some people comment that homeschooling makes sense or is easier if you live in the country. On the contrary, it is probably easier and makes more sense if you live in suburbs or cities. When we lived in the suburbs, our children participated in an abundance of group activities, such as team sports, and took many lessons such as tae kwon do, ballet, swimming, etc. The suburban schools also had more problems with drugs and crime than the small-town schools our children would attend now.

We continued to homeschool out here, however, because we believed we could provide a better education for our children than any school, whether it was public or private, large or small. We did not employ a specific curriculum because we believe in student-led, rather than teacher-led education. Why? Children can learn the same lessons from an infinite number of sources, and they will learn it faster and better if it is in the context of something that is interesting to them. 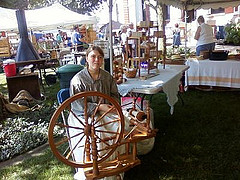 Take writing for example: Katherine wrote very little before she was 10 years old; however, she wrote more than 100,000 words of short stories about horses when she was 11 to 12 years old. (That’s the equivalent of two to three young-adult novels.) She also wrote a 40,000 word novel. I never told her to write even one short story, but she wanted to write stories about horses. When she began, her stories were filled with grammatical errors; however, I didn’t offer any criticism, because I didn’t want to dampen her enthusiasm for writing. As she wrote, her writing improved, and after many months, she asked for my advice. I pointed out one thing that was an obvious problem. I told her that she was using “there” incorrectly when she should be using “their.” Being very proud of her stories, she read through all of them and made the appropriate changes. After the fire has been ignited – a love of writing – she would often ask for my advice, and we would sit down and go over her stories line by line, and I offered suggestions for improvement. She went on to become the editor of the campus newspaper at Joliet Junior College at age 18. 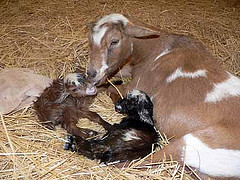 Compare that experience to what a child will do in sixth grade. She will probably study grammar for many weeks, even though research has never shown that learning grammar teaches a child to write. She might write a two-page book report every few weeks, and she might have to write a research paper of six to ten pages every semester. Every sentence would be critiqued from the beginning, and she would be concerned about getting it right, rather than discovering the joy of writing. At the end of the year, she would have laboriously written perhaps 40 pages of material. No one can become a competent writer without writing a lot, and 40 pages is barely a start. Instead of subjecting my daughter to an inadequate regimen that would only kill her desire for writing, she was allowed to write what she wanted, and within a year, she wrote several hundred pages of material, and her writing skills were at the high school level when she was 12. Two years later, at the age of 14, she had written 400,000 words of short stories and novels. After finishing one novel, she decided that the plot had so many problems, she started over and completely rewrote it. In 2007-08 she kept a blog, Science on the Farm, which she still updates occasionally. But did our approach to writing work? Some people would say it did, because at the age of 15, she took her first college English class and received an A. However, I would say that it worked because she loves to read and write, and she is an effective communicator. There are plenty of students who can earn an A in English, yet would rather have a root canal without novocaine than write a short paper.

But does this approach to learning work in other subjects? Our oldest daughter started college at age 13 and was inducted into Phi Theta Kappa, the two-year college honor society, and Alpha Mu Gamma, the foreign language honor society. And no, she is not a genius without people skills. She was elected as a club officer at age 14, and she was elected as a club president at age 15, running against two other students. She also became a tutor for other college students at age 15. She earned two associate degrees with high honors by the time she was 16 years old, and she was elected by the students as their representative on Joliet Junior College Board of Trustees at age 17. During her tenure, she also served on the Illinois Community College Board and the Illinois Board of Higher Education Student Advisory Committee. Although she was accepted for admission by five universities to complete her bachelor’s degree, she decided to take off a few years from formal education to learn more about the real world by working in retail. Two years later, she was accepted into the electrical engineering program at the University of Illinois, which is ranked as the second-best in the U.S., behind M.I.T.

Some people confuse unschooling with permissive parenting, assuming it means that children can do whatever they want. One woman told me that unschooling didn’t work for her children because they didn’t do anything other than watch cartoons all day long. Unschooling does not mean abdicating your parental responsibility. Although we own several televisions, we do not have a cable or satellite connection. Two stations are sometimes available through the antenna, but for the most part, the television is used to watch videos and DVDs and the television is only allowed to be turned on when it is dark outside. If the sun is up, our philosophy is that there are important things to be done.

Some people also assume that unschooling means that children will never use a textbook. Virtually all subjects through junior high can be learned through real life, but some things (like trigonometry) are best learned with textbooks. An unschooling parent, however, approaches textbooks as tools that can be used by the student when the student wants to learn certain subjects that truly require it. Arithmetic can easily be learned by activities such as playing Monopoly and cooking; therefore, a textbook is unnecessary and even damaging to a child’s desire to learn such mundane things.

How did our children ultimately turn out academically? They all participated in a variety of clubs and activities at the community and all graduated with honors. They all went on to four-year universities to complete their bachelor degrees, and our youngest is currently working on a Ph.D. in biological chemistry focusing on disease research at Colorado State University.

So, how do children learn various subjects though unschooling?