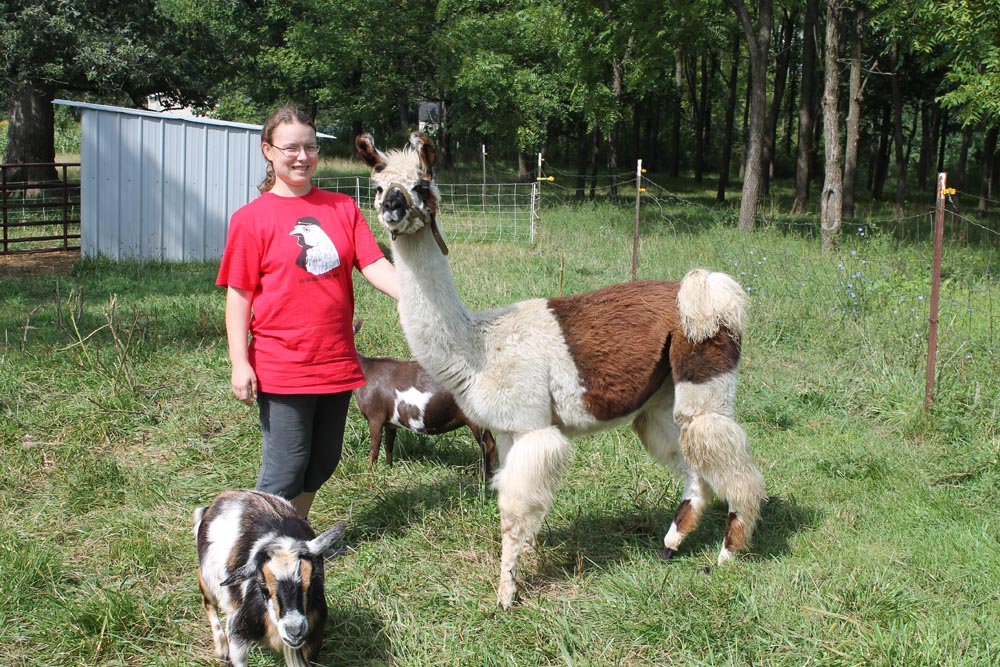 Margaret, our oldest daughter, now lives in Texas and works as an electrical engineer. She attended the University of Illinois and earned a degree in electrical engineering. When she was still living on the farm, she raised goats and sheep under the herd name Maly. She was the driving force behind showing our goats, which resulted in three permanent championships and many grand champion and reserve champion rosettes in AGS and ADGA shows. She was entirely responsible for milk testing the goats when she lived at home, which resulted in many of them receiving their one-day and 305-day milk stars, and she was also our webmaster. As you can imagine, we miss her!