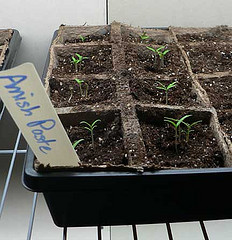 We’ve had a garden on the farm since the first year and grow heirloom vegetables for several reasons. First, we can save the seeds from one year to the next. You can save hybrid seeds, but they won’t necessarily produce a plant that is like the parent. Second, just as modern agriculture has perfected a single breed of chicken to produce eggs, they’ve also perfected a single vegetable or fruit to produce on a large scale. Sadly, those varieties aren’t created to be the best tasting. They’re created to handle picking by machine and transporting hundreds or thousands of miles to get to the grocery store. Long shelf life is important, and taste does not even factor into the equation. Not only do heirlooms taste better, they’re also available in so many varieties.

The hardest thing about growing heirlooms is choosing which varieties to grow. If you’re a foodie, then planning the garden every year will turn you into the proverbial kid in a candy store. How do you choose which tomato you want to plant when there are hundreds from which to choose? Of course, we have a few favorites that we want to grow year after year, but I also have to try a couple new ones every year, just because it’s fun. Green zebra and Amana orange are two that always seem to find their way into the garden. The little four-ounce zebras make an outstanding quiche, and the big, one-pound Amanas are excellent for salsa and freezing. We then use the frozen tomatoes to make a delicious orange cream of tomato soup throughout the winter. 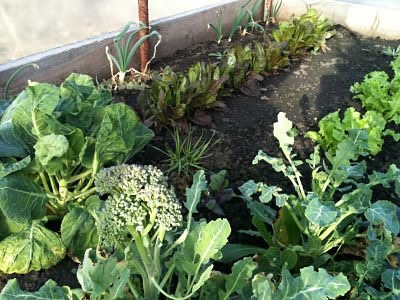 We extend the growing season by using low tunnels so we can harvest lettuces, spinach, and other greens through the winter. We also use the low tunnels to get a head start on broccoli and other cole crops by planting in fall and harvesting in early spring when most people in Illinois have not even planted yet.

Another great thing about heirlooms is that some grow better than others in different gardens, and pests like some better than others. Diversity solves a lot of problems that a monoculture perpetuates. In 2009, we grew three different varieties of green beans: rattlesnake, lazy wife, and Cherokee. The Japanese beetles loved the lazy wife beans, but they hardly noticed the rattlesnake and the Cherokee beans. If we had been growing only the lazy wife, we would have been crying about losing our whole crop of beans, but since we had two other varieties, it wasn’t a big deal. 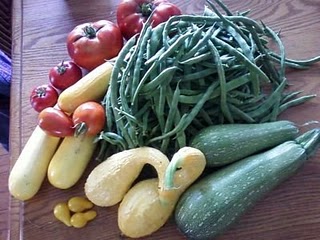 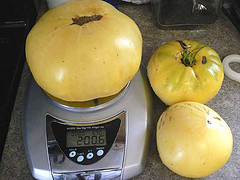 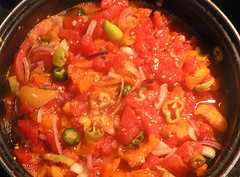